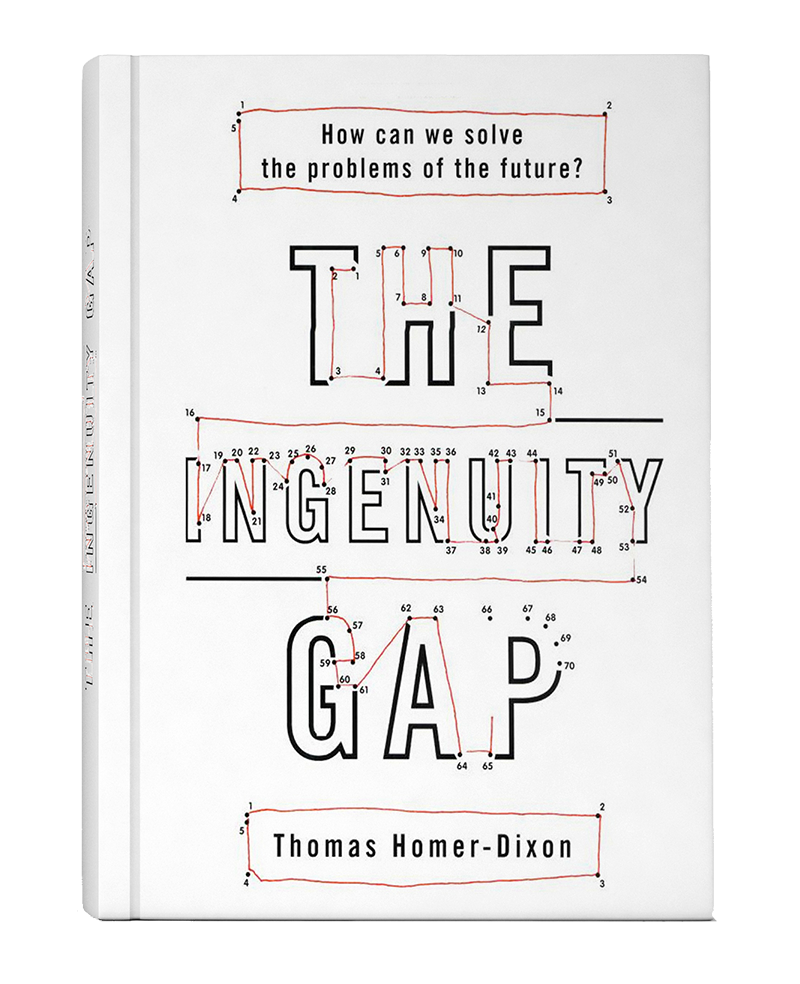 A presentation at the Annual Conference of the Institute for New Economic Thinking, Toronto on April 12, 2014

Complexity science isn’t a fad. I will offer a brief survey of some core concepts and ideas, and I will make a strong case that . . . they can help us develop new strategies for generating solutions and prospering in this world.

Humanity has made great strides over the past 2,000 years, and we often assume that our path, notwithstanding a few bumps along the way, goes ever upward. But we are wrong: Within this century, environmental and resource constraints will likely bring global economic growth to a halt.

The Newest Science: Replacing Physics, Ecology Will Be the Master Science of the 21st Century

Fear is bad, according to conventional wisdom. Our economy is in trouble, we hear, because banks are too afraid to lend and consumers and companies too afraid to spend. Less lending and spending further depresses the economy, which begets more fear. And to top it all off, some analysts irresponsibly exploit these fears for their own ends, by arguing that the crisis may get far worse before it gets better, and in the process sensationalize and exaggerate the problem. But, in this case, conventional wisdom is wrong. The truth is that fear is good. The economic crisis we’re facing is not at root the result of too much fear but of too little.

The Stag Hunt: Deflation as a Collective Action Problem

In the worst case, deflation becomes its own cause. People become afraid their incomes might fall in the future. Or they see their savings being ravaged by the stock market collapse. So they stop spending and instead hoard their money. As demand for goods and services drops, companies' profits plummet, leading to layoffs, reduced working hours, and yet more declines in stock prices. The fear of lost income becomes a self-fulfilling prophecy, and people cut their spending further. Once the downward spiral starts, it's maddeningly hard to stop. People expect prices will keep falling, so they decide to put off their spending, because they think things will be cheaper in the future.

Most of us want to believe that our institutions are rational, durable and fair, directed by experts who have a grip on bedrock reality and understand how things work, who will take care of severe problems when they arise. The possibility that no one knows enough to protect us is terrifying, almost unthinkable.Now, as we've watched the deal-making in Washington, we've looked into the abyss of the unthinkable.

Everything is not Peachy

with Sarah Wolfe | Self-sufficiency isn’t a sexy idea. At best, people who say they’re interested in being self-sufficient are stereotyped as dour, old-fashioned rural-types. At worst, they’re seen as fanatical survivalists planning for an apocalypse. Economists also tell us that self-sufficiency is an anachronism. Instead, it’s specialization that produces wealth, and economies – including the world economy – produce the most wealth when everyone, including countries, specializes in what they do best and then trades their products for the other things they need. The more specialization, the more connectivity among specialists, and the more trade along those connections, the better. But there are problems with this model.

We Must Green the Market

with Stewart Elgie | When it comes to conserving Earth’s natural environment, our markets are badly broken. For our planet’s future – and for our future prosperity – we must fix them.

From Risk to Uncertainty

What’s going on? Are we simply in the midst of another gut-churning fluctuation of a world economy that’s prone to intermittent volatility but that always seems to find its footing? Or are we glimpsing a deeper emergency, one that goes to the heart of modern global capitalism?

Late last week the world’s central banks acted to head off panic among investors and lenders by pumping nearly a third of a trillion dollars of cash into the world’s financial markets. Something is clearly amiss.

The Rich Get Richer, The Poor Get Squat – Review of Branko Milanovic, Worlds Apart: Measuring International and Global Inequality (Princeton: 2005).

There’s a whiff of desperation in the air. By this point in the world’s business cycle, the American economy that powerhouse of global capitalism – was supposed to be rebounding sharply, and stock markets everywhere were again going to be making everyone rich. Instead, things have gone haywire: the US may be tipping into another recession; four years of growth has evaporated from North American markets; and economies around the world are in trouble.

A World That Turns Too Fast

In the last century, our population on this planet has quadrupled, and most of us now live in cities. At the same time, new technologies – from antibiotics to jet planes to the internet – have vastly extended our power as individuals, groups, and societies.

Edward Barbier and Thomas Homer-Dixon | Endogenous growth models have revived the debate over the role of technological innovation in economic growth and development. The consensus view is that institutional and policy failures prevent poor countries from generating or using new technological ideas to reap greater economic opportunities. However, this view omits the important contribution of natural-resource degradation and depletion to institutional instability

with Robin Bienenstock | The current crisis in international markets highlights inadequacies in the way economists and other analysts think about the global economy.

How to Put a Brake on Currency Volatility

In an address at Princeton University in 1971, the economist James Tobin proposed that a small tax be imposed on international currency transactions in order to dampen currency volatility.

The Ingenuity Gap: Can Poor Countries Adapt to Resource Scarcity?

As human population and material consumption increase in coming decades, scarcities of natural resources will increase in some regions. Will societies be able to adapt?