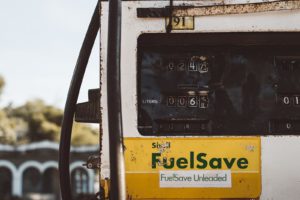 Alberta needs to start shifting quickly out of the oilsands to avoid serious economic trouble as the world moves away from fossil fuels, a University of Waterloo professor says.

Financial, legal and environmental pressures will push countries to deal with climate change by turning away from fossil fuels in coming decades, and that will hit oil-rich Alberta hard, said Thomas Homer-Dixon, an expert on links between society, technology and nature.

He urged the province to focus on developing expertise in the renewable energy field, such as ultra-deep geothermal drilling 10 km underground to find hot water for power generation, instead of focusing on oil for which demand will eventually fade.

“We need to shift our market from exporting stuff to exporting ideas and engineering expertise,” Homer-Dixon, a professor at the Balsillie School of International Affairs, said Tuesday at Edmonton’s Spark clean technology conference.

“The folks who think that we can just wait a while and get back to the status quo ante with oil around $100 (per barrel), and that the climate change problem will just go away or not be so bad … they’re living in la-la land.”

Homer-Dixon described bitumen as “junk energy” because it requires so much input to produce, and argued in 30 or 40 years the major investment of money, infrastructure and political and social support for this area will be seen as a mistake.

Although the International Energy Agency forecasts growing demand for Canadian oil, at least one-third of all vehicles sold in the world are predicted to be electric by 2040, so the transition to other fuels might happen faster than expected, he said.

Exporting ideas rather than resources will require measures to ensure the benefits are shared by all parts of the province and all workers, not just people who are highly trained and educated, he said.

“Or it can proactively start planning, and aggressively start innovating and investing in new pathways.”

He expects a global carbon price to exist by 2030 that could reach $100 a tonne, compared to the $10-a-tonne levy being introduced by the federal government next year.

Virtually every country except the United States has joined the Paris Agreement aimed at limiting this century’s global temperature increases to well below 2 C above pre-industrial levels. U.S. President Donald Trump withdrew from the deal last June.

But Homer-Dixon sees that as an action that could leave the U.S. isolated and economically damaged, and he hopes Alberta adapts more quickly.

“The Americans are going to find themselves with a whole bunch of antiquated, unsalable technology and expertise. Alberta doesn’t want to be in the same place.”