B.C.’s green shift is a window to the world 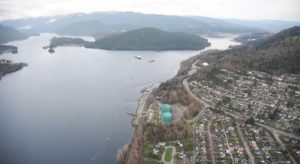 They do politics differently in British Columbia. Ever since W.A.C. Bennett and his Socreds dominated the province in the 1950s and 1960s, B.C.’s political world has looked a bit strange to the rest of Canada. The rules and personalities of the political game have often seemed more than a little eccentric.

B.C. politics is strange again, but this time the eccentrics have become pioneers. In May’s provincial election, the Green Party won its first multiple-seat breakthrough in North America, and by a fluke of electoral arithmetic, it now holds the balance of power in the legislature. Today, B.C.’s citizens are exploring uncharted political territory of potentially huge significance to people outside the province.

I grew up near Victoria, worked as a young man in resource industries across B.C. and started my postsecondary education at the University of Victoria. Forty years ago, I left for a career in the east, but I’ve returned every year since and otherwise followed politics from afar.

In some ways, B.C.’s transformation during that time has been stunning. Vancouver and the surrounding municipalities of the Lower Mainland especially, have metamorphosed from somewhat sleepy, anglo-dominated communities into buzzing, ethnically diverse metropolises of enormous economic and cultural vitality and an enviable quality of life.

But in other ways, too much has stayed the same. A deep urban-rural divide persists between southern coastal cities with economies increasingly driven by ideas and towns to the north and east that depend on extracting resources of diminishing availability and value. Also, until last May, B.C.’s political life was sclerotic-polarized around two parties, one to the right and one to the left, that shouted their same weary shibboleths at each other, year in and year out.

Then things shifted radically. The immediate cause was one person: climate scientist and BC Green Party Leader Andrew Weaver. By rallying the provincial Greens to win three seats in the election, he transformed from a marginal political actor into a king-maker, gave the NDP power to rule and, in the process, smashed the long-standing dynamic of B.C. politics.

But there have been deeper causes at work, too. Sudden shifts in everyday politics happen when long-term accumulating stresses abruptly release their force, much the way tectonic stresses cause earthquakes. British Columbia, it turns out, is a high-pressure crucible of the social stresses affecting much of the rich world – not just a widening divide between idea-driven and resource-based economies, but also rising wealth inequality, soaring housing costs, and worsening physical and economic insecurity for people hurt by these trends. And two additional stresses that are increasingly shaping humanity’s prospects – population pressure and environmental decline – are affecting B.C.’s residents particularly acutely.

All three seats that the B.C. Greens won are on southern Vancouver Island. This shouldn’t be surprising, because Islanders love their natural environment; many moved there to enjoy the fresh air, mild climate and beauty of the seas, beaches and forests. And now, the nature and the outdoor lifestyle they love are visibly threatened.

Decades of migration into a small geography have left the place feeling like it’s busting at the seams. Key roads regularly clog with multikilometre-long traffic jams; drivers and cyclists squabble over every kilometre of new bicycle lane; recreational hikers and professional dog walkers rail at each other in local parks; tent cities of homeless people pop up on public land; and politicians, consultants and citizens argue endlessly about sewage and garbage.

Now, climate change and its afflictions have arrived, too. A succession of hot dry summers has parched the landscape, with iconic Garry oak and arbutus trees starting to die in large numbers. Twice in the past three summers, dense smoke from mainland forest fires has cast a suffocating smog over the landscape for days, turning the sun an apocalyptic red and causing a spike in hospital visits.

Such visible and immediate changes have helped drive the Green shift on the southern Island, a shift that started in 2011 with federal Green Party Leader Elizabeth May’s election as a local MP. It’s likely not a passing fancy. People feel that voting Green is a meaningful response to the enormous and impersonal forces affecting their lives. It’s something they can do. Also, the Greens don’t have the ideological baggage of the traditional left, which tends to see society in terms of class and the environmental crisis as just another symptom of failing capitalism. And unlike the traditional right, the Greens don’t play down environmental problems or think that free markets are always the best solution.

So, stay tuned to B.C. As a legal showdown on the Kinder Morgan pipeline begins – and the NDP keeps its promise to the Green Party – B.C.’s strange politics, deeply affected by environmental worries, will only get more fascinating. And it may offer us a window on what will happen elsewhere when the environment can no longer be ignored.