Canada Must not Give Up the Fight on Climate Change 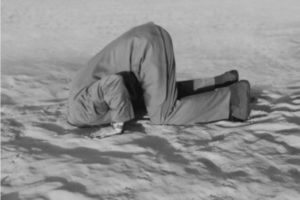 Those of us concerned about climate change generally inhabit an old-fashioned reality-based world. Scientific research and evidence drive our concern. Although we wish the climate problem would vanish – because, among other things, we want our kids and grandkids to have a safe future – that motivation doesn’t override what science tells us. And science tells us that climate change is a grave threat to humanity.

Now we also have to face the reality that Donald Trump’s election as President of the United States is calamitous for the fight against climate change. Because Mr. Trump and his key cabinet nominees are deeply committed to promoting carbon-based energy industries, they’re not inclined to believe that climate change is a pressing danger or even, in the case of some of nominees, real. The president-elect himself is ignorant of basic science and has an almost postmodernist contempt for facts or anything resembling the truth. He operates within and through a discourse of authority and force, not a discourse of reason.

For Mr. Trump, evidence either doesn’t matter or it can be created at will, which means he’s largely unreachable through evidence-based argument. His magical reality is unfalsifiable. Ice could completely disappear from the Arctic, forests in the U.S. West could erupt in fire, and a Category 5 hurricane could smash his Mar-a-Lago estate in Florida to toothpicks, and it wouldn’t make any difference to his views on climate change. (While campaigning in California, Mr. Trump denied the state is suffering from a severe drought.)

Immediately after his inauguration, Mr. Trump and his cabinet will launch a full-scale assault on the national and international apparatus of climate policy and on the institutions of climate science within the U.S. Climate scientists will likely be muzzled, threatened, and purged, research programs curtailed and shut down, and climate data locked up or destroyed.

Meanwhile, surging populist movements are weakening the capacity and resolve of the European Union, the world’s other main actor in the climate-change fight. Yes, there are some positive developments: California and some other U.S. states are pressing ahead with carbon reductions, cities around the world are adopting meaningful climate plans, and China is rolling out renewable energy at a breakneck pace (although its coal consumption has recently bounced upward). Overall, though, the scene is vastly bleaker than when the Paris Accord was announced – just a year ago.

So what’s Canada to do? It might seem that it’s time for everyone, including Canada, to bolt for the exits. The Trudeau government’s remarkable achievement of a national climate policy, with broad agreement of the provinces, now appears thoroughly anomalous. Sure enough, folks who want Canada to curtail its efforts are repeating their favourite argument: Canada’s overall contribution to warming is so small that our emission cuts can’t make any real difference. So we shouldn’t do much, they say, and we certainly shouldn’t impose carbon prices, until the U.S. and China make big cuts.

The argument is logically flawed because if Canada’s emissions are trivial, and therefore its cuts won’t make a real difference, then the same must be true – even more so – for individual provinces, states, cities, industries, and households. So why, in the end, should anyone anywhere in the world make any cuts at all?

The argument is morally bankrupt, too. It excuses our bad actions by pointing to others who are doing worse things. We’d never say to our child: “It’s okay to shoplift that chocolate bar, Johnny, because other people are stealing a lot more.”

Yet some people are comfortable with the same moral reasoning when it comes to our carbon emissions, even though these emissions are relentlessly stealing our children’s future well-being.

In the end, it’s a simple moral principle – the Golden Rule – that tells us not to give up the fight against climate change. The Rule says we should treat people as we’d want to be treated if our situations were reversed. If we were our children – or if we were members of generations born later this century – we’d want today’s adults to be doing everything reasonable to stop climate change dead in its tracks.

In a world losing its grip on reality, it’s worth keeping such true principles in mind.