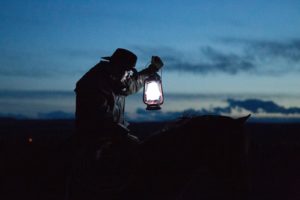 Globe and Mail, May 4, 2009
by Thomas Homer-Dixon and Julio Friedmann

Alberta appears to be in a box – an energy box – that constrains policy options in every direction. The province’s wealth is critically tied to exploitation of its vast hydrocarbon resources. But faced with declining reserves of conventional oil and natural gas, it has been forced to turn increasingly to the tar sands, which pack a huge carbon punch. And in a warming world, carbon is seen as a menace. The strategy could severely crimp Alberta’s ability to sell energy at home and abroad, even make it a pariah.

There is an alternative: coal.

What? Impossible, you say – measured in carbon emitted per unit of usable energy generated, coal is as dirty as the tar sands, or even dirtier.

Coal’s many problems are well known. They start with the damage caused by mining. Mountaintops are sliced off in coal-rich zones in the United States. And burning it creates pollution from sulphur, ash and heavy metals. Although we can sequester coal’s greenhouse-gas emissions underground with a technology called carbon capture and storage, it sharply boosts costs.

But can we get coal’s energy without the carbon, ash and ruined landscapes? Yes – if we don’t mine it. Engineers have long known how to gasify coal above ground – turn it into syngas, a mixture of hydrogen, carbon monoxide and carbon dioxide. The same is accomplished with underground coal gasification, but without the mining or the gasifier machinery.

Air or oxygen is injected into wells that penetrate a deep coal seam, where controlled partial combustion drives gasification. The gases are brought to the surface, leaving behind many of the objectionable components, including roughly half the coal’s sulphur, ash, tar, mercury and arsenic. On the surface, this operation looks like nothing more than a network of wellheads and pipes. But the huge quantities of gas produced can either be burned to generate electricity on site or piped off to make hydrogen, heat or synthetic fuels.

UCG uses an inaccessible, dirty resource for largely clean energy. It allows us to reach coal seams that are too deep for conventional mining, effectively tripling or even quadrupling Canada’s reserves. It’s also relatively cheap – under ideal conditions, UCG syngas costs as little as $1 per million BTU. More realistically, the technology can produce raw syngas deliverable to most markets at less than $3 per million BTU. By contrast, Alberta and U.S. natural gas traded between $7 and $11 per million BTU in 2008 and early 2009.

Because the price is low, it becomes cost-effective to couple UCG with sequestration technology. The carbon content of UCG syngas is similar to that of burned coal. If Canada’s deep seams were developed without sequestration, their emissions could exceed those of the tar sands. But UCG’s carbon footprint could easily be less than that of a single natural gas plant if combined with partial or complete sequestration programs. All commercial projects proposed for the U.S. and Canada will capture and sequester most or all of the carbon dioxide they produce. The decarbonized syngas, in turn, could be used to produce power or low-carbon fuels.

Several countries have already deployed and even commercialized UCG. Most such  projects were built in the Soviet Union during the 1950s and 1960s and in the U.S. after the oil shocks of the 1970s and early 1980s. But the later flood of low-cost natural gas undermined these projects’ economic viability.

Nonetheless, one plant in Uzbekistan has burned UCG syngas continuously since 1959.

Today, three commercial projects are ramping up in Australia and two in China. Canada is a UCG leader. Ergo Exergy, based in Montreal, has operated a pilot project at industrial scale in Australia and is running the largest current pilot at the Majuba coalfield in South Africa. The company is also developing a project near Edmonton that will provide low-carbon electricity, steam and hydrogen to tar-sands upgraders, as well as carbon dioxide for sequestration and enhanced recovery from exhausted oil fields. So is Calgary’s Swan Hills Synfuels, which is exploiting the deep Manville coal seam near Edmonton in partnership with the Alberta Energy Research Institute.

The big prizes in Alberta are the province’s deep, thick and continuous seams of coal. Researchers at Lawrence Livermore National Lab in California estimate that just five to eight square kilometres of such a resource could support a 200-MW gas plant for 50 to 70 years.

Only eight such developments would meet Calgary’s entire energy needs. Compared to coal-bed methane technology, which extracts gas that is naturally resident in deep seams, UCG generates 300 to 400 times more energy per tonne of coal. Through UCG, Alberta has an energy resource comparable to the tar sands in scale and accessibility. And unlike the sands, which produce a great deal of carbon that is difficult or expensive to capture, UCG energy can be almost carbon neutral. Indeed, decarbonized UCG could even help reduce the footprint of tar-sands production and upgrading by supplying these facilities with carbon-neutral heat, hydrogen and steam.

Like any promising technology, UCG has problems. Although coal isn’t mined, some coal mass is still extracted from underground. Poorly managed, this process can lead to harmful subsidence. Also, poor choice of site and project operation can contaminate groundwater, as has happened in one U.S. pilot project. Government has a key role in developing the technology and conducting the studies needed to regulate this emerging industry.

If UCG is to play an important role in Canada’s energy future, it will need investment, oversight and commitment to the highest technical standards. But the benefits could be huge. UCG offers Alberta a real path to a carbon-free future and a new technology for export.