Environmental Scarcity and Violent Conflict: The Case of Rwanda 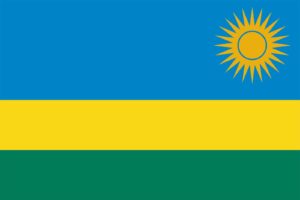 Journal of Environment and Development 5, September, 1996
by Valerie Percival and Thomas Homer-Dixon

On April 6, 1994, President Juvenal Habyarimana’s plane exploded in the skies above the Kigali region of Rwanda. Violence gripped the country. Between April and August of 1994, as many as 1 million people were killed and more than 2 million people became refugees. Until this recent violence, Rwanda had a population of 7.5 million, a population growth rate estimated at about 3%, and a population density among the highest in Africa. Ninety-five percent of the population resided in the countryside, and 90% relied on agriculture to sustain themselves. Land scarcity and degradation threatened the ability of food production to keep pace with population growth. Rwanda can be described as a country with severe demographic stress, relying for subsistence on a limited resource base. Although environmental factors were significant development issues, environmental scarcity had at most a limited, aggravating role in the recent conflict.

Some commentators have claimed that environmental and demographic factors were powerful forces behind the recent civil violence in Rwanda. We believe that much of this commentary has been too simplistic.

It is true that Rwanda is predominantly a rural-based society that relies on agriculture to sustain its economy and consequently is vulnerable to the effects of environmental stress. Environmental degradation and population growth are critical issues in Rwanda; before the recent violence, they clearly threatened the welfare of the general population. On first impression, therefore, the recent genocide in Rwanda appears to be a clear case of environmental and population pressures producing social stress, which in turn resulted in violent conflict. But on closer study, this is not an adequate explanation of the genocide. Environmental degradation and high population levels contributed to migrations, declining agricultural productivity, and the weakening of the legitimacy of President Juvenal Habyarimana’s regime. However, many factors were operating in this conflict, and environmental and population pressures had at most a limited, aggravating role.

We begin with an overview of the recent violence in Rwanda and an outline of the theoretical relationship between environmental scarcity and violent conflict. We analyze the social effects of this scarcity and then discuss the evolution of ethnicity in Rwanda. We present three hypotheses outlining some possible links between scarcity and conflict in the Rwandan context and show how these hypotheses cannot fully explain the events following the 6 April assassination of the president. We conclude by offering a fourth explanation that identifies a more limited role for environmental scarcity and places it in the context of the many other factors that led to the genocide.