From Risk to Uncertainty 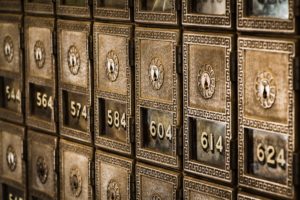 The United States central bank is slashing interest rates, accepting from commercial banks piles of near worthless securities as collateral for emergency loans, and pumping hundreds of billions of dollars into the economy. A problem that began last summer in the lowest-grade US mortgage market has ramified around the planet, moved relentlessly up the quality ladder, and sucked credit from the global financial system like oxygen from a flame. Each intervention by US, European, Japanese, and Canadian central banks to stabilize the situation has been swamped by surprises that have escalated the crisis to a new level.

Over the weekend, experts talked about the risk of the financial system’s wholesale collapse. Some even drew parallels between today’s situation and the credit crisis that produced the Great Depression.

What’s going on? Are we simply in the midst of another gut-churning fluctuation of a world economy that’s prone to intermittent volatility but that always seems to find its footing? Or are we glimpsing a deeper emergency, one that goes to the heart of modern global capitalism?

The US Federal Reserve’s latest efforts may stabilize markets for the time being; stock markets were sharply higher yesterday. But there’s reason to believe the current crisis is the product of systemic problems in the world’s economy.

Three key factors – each operating and gaining momentum over a span of decades – have come together to cause this crisis. The first is the sheer productivity of modern global capitalism. The world’s businesses, spurred by global competition and a never-ending race to boost productivity and keep costs down, excel at producing a steadily rising flood of goods and services. To ensure that these goods and services are bought and that factories and businesses keep humming, the global economy needs a constant infusion of liquidity provided by cheap credit.

Second, in the last three decades a neoconservative ideology that asserts markets are infallible and, as a result, disparages any kind of state regulation has come to dominate thinking about economic matters, especially in the US. Allan Greenspan, the long-time Chairman of the Federal Reserve until 2006, was an ardent advocate of this view, and it became an article of faith in powerful US political and economic circles – not surprisingly so, since it justified letting economic elites pursue their interests with little government interference.

Third, enormously powerful computers and software, along with fibre-optic communication, have allowed financial wizards to conduct business transactions in the blink of an eye around the world and to create financial instruments – derivatives, swaps, structured investments, and the like — of mind-boggling complexity. For all intents and purposes, these new instruments have blurred the boundaries of what we call money. Several decades ago central bankers could sensibly talk about, and if necessary control, the money supply. Now what counts as money isn’t at all clear, and many things that look and behave like money can’t be regulated.

Since the dot.com implosion and the recession in the early years of this decade, these three factors have converged in a toxic brew. Central banks, especially Greenspan’s Fed, wanted to re-inflate their national economies, so they looked the other way as unregulated quasi-banks created a colossal edifice of credit – a tightly coupled global architecture of debt instruments that no one fully understands. And we’re now realizing that something close to endemic fraud aided and abetted this enterprise: credit rating agencies like Moody’s and Standard & Poor’s put their triple-A imprimatur on securities underpinned by crummy assets; investment banks held major liabilities off their books; and nearly everyone in the business established the value of complex securities by reference to numbers churned out by impenetrable computer models – not by reference to prices in real markets.

So the rules of the game have now fundamentally changed. Our global financial system has become so staggeringly complex and opaque that we’ve moved from a world of risk to a world of uncertainty. In a world of risk, we can judge dangers and opportunities by using the best evidence at hand to estimate the probability of a particular outcome. But in a world of uncertainty, we can’t estimate probabilities, because we don’t have any clear basis for making such a judgment. In fact, we might not even know what the possible outcomes are. Surprises keep coming out of the blue, because we’re fundamentally ignorant of our own ignorance. We’re surrounded by unknown unknowns.

Commentators and policymakers are still talking in terms of risk. Markets, they say, need to reassess and reassign risk across securities and companies. But in reality, markets are now operating under uncertainty. No one really knows where the boundaries of the current problem lie, what new surprises are in store, or what measures will be truly adequate to stop the bleeding. And the US Fed is making policy on the fly.

We do know, however, that we’re not dealing with a liquidity problem. We face a massive solvency problem: banks and investment firms aren’t so much worried about financing their next investment; instead they fear for their survival, because core assets – particularly loans on their books – have been suddenly and dramatically devalued. In this environment, the tools available to central bankers may not work. You can encourage people to borrow by pumping money into the economy, but you can’t force people to lend.