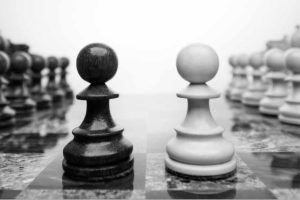 We present in this paper the theoretical and methodological foundations of the Ideological Conflict Project (ICP).

Ideology is important to conflict. Shared beliefs create a sense of group identity, specify targets of hostility and enable coordinated action. Understanding ideology is key to effective conflict resolution and management. But up to now, ideology has been poorly understood. It is presumed to be something abstract or irrational, therefore best disregarded in the search for concrete explanations and solutions. Those who do pay attention to ideology tend to offer simple explanations for its role, often due to incorrect assumptions about the relationship between ideas and material objects, between mind and body and between individuals and the groups to which they belong. Political theorists examine the effect of ideology on society, while political psychologists examine either the biological, cognitive or social forces that shape individual beliefs. While all of these approaches contain insight, each explanation alone is too simple to yield effective predictions useful in dealing with real-world conflict situations.

Using complexity theory, we can account for the multiplicity of processes that combine to generate ideologies. At the same time, any effort to understand human behaviour must take into consideration the peculiar properties of the human mind, and so engage with cognitive science. Combining these approaches, we have developed two methods that can be applied toward clarifying the role of ideology in conflict situations:

The ICP has developed these methods into a powerful set of analytical tools that researchers and practitioners can use to understand, manage and resolve conflict.