Terror in the Weather Forecast 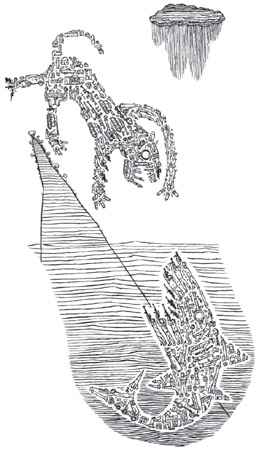 DOES climate change threaten international peace and security? The British government thinks it does. As this month’s head of the United Nations Security Council, Britain convened a debate on the matter last Tuesday. One in four United Nations member countries joined the discussion — a record for this kind of thematic debate.

Countries rich and poor, large and small, and from all continents — Bangladesh, Ghana, Japan, Mexico, much of Europe and, most poignantly, a large number of small island states endangered by rising seas — recognized the security implications of climate change. Some other developing countries — Brazil, Cuba and India and most of the biggest producers of fossil fuels and carbon dioxide, including China, Qatar and Russia — either questioned the very idea of such a link or argued that the Security Council is not the right place to talk about it.

But these skeptics are wrong. Evidence is fast accumulating that, within our children’s lifetimes, severe droughts, storms and heat waves caused by climate change could rip apart societies from one side of the planet to the other. Climate stress may well represent a challenge to international security just as dangerous — and more intractable — than the arms race between the United States and the Soviet Union during the cold war or the proliferation of nuclear weapons among rogue states today.

Congress and senior military leaders are taking heed: Legislation under consideration in both the Senate and the House calls for the director of national intelligence to report on the geopolitical implications of climate change. And last week a panel of 11 retired generals and admirals warned that climate change is already a “threat multiplier” in the world’s fragile regions, “exacerbating conditions that lead to failed states — the breeding grounds for extremism and terrorism.”

In the future, that battlefield is likely to be complex and hazardous. Climate change will help produce the kind of military challenges that are difficult for today’s conventional forces to handle: insurgencies, genocide, guerrilla attacks, gang warfare and global terrorism.

In the 1990s, a research team I led at the University of Toronto examined links between various forms of environmental stress in poor countries — cropland degradation, deforestation and scarcity of fresh water, for example — and violent conflict. In places as diverse as Haiti, Pakistan, the Philippines and South Africa, we found that severe environmental stress multiplied the pain caused by such problems as ethnic strife and poverty.

Rural residents who depend on local natural resources for their livelihood become poorer, while powerful elites take control of — and extract exorbitant profits from — increasingly valuable land, forests and water. As these resources in the countryside dwindle, people sometimes join local rebellions against landowners and government officials. In mountainous areas of the Philippines, for instance, deforestation, soil erosion and depletion of soil nutrients have increased poverty and helped drive peasants into the arms of the Communist New People’s Army insurgency.

Other times, people migrate in large numbers to regions where resources seem more plentiful, only to fight with the people already there. Or they migrate to urban slums, where unemployed young men can be primed to join criminal gangs or radical political groups.

Climate change will have similar effects, if nations fail to aggressively limit carbon dioxide emissions and develop technologies and institutions that allow people to cope with a warmer planet.

The potential impact on food output is a particular concern: in semiarid regions where water is already scarce and cropland overused, climate change could devastate agriculture. (There is evidence that warming’s effect on crops and pastureland is a cause of the Darfur crisis.) Many cereal crops in tropical zones are already near their limits of heat tolerance, and temperatures even a couple of degrees higher could lead to much lower yields.

By weakening rural economies, increasing unemployment and disrupting livelihoods, global warming will increase the frustrations and anger of hundreds of millions of people in vulnerable countries. Especially in Africa, but also in some parts of Asia and Latin America, climate change will undermine already frail governments — and make challenges from violent groups more likely — by reducing revenues, overwhelming bureaucracies and revealing how incapable these governments are of helping their citizens.

We’ve learned in recent years that such failure can have consequences around the world and that great powers can’t always isolate themselves from these consequences. It’s time to put climate change on the world’s security agenda.

Thomas Homer-Dixon, director of the Trudeau Center for Peace and Conflict Studies at the University of Toronto, is the author of “The Upside of Down: Catastrophe, Creativity and the Renewal of Civilization.”