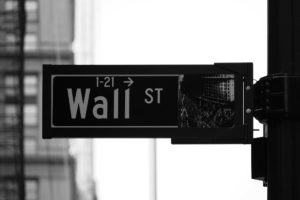 Globe and Mail, September 2, 1998
by Thomas Homer-Dixon and Robin Bienenstock

The current crisis in international markets highlights inadequacies in the way economists and other analysts think about the global economy. The crisis began with the devaluation of the Thai baht in the summer of 1997. It spread through southeast Asia, battering one economy after another, and is now rolling through Russia and Latin America. Lately, many analysts have concluded that economic recession in the world’s emerging economies will affect the industrialized countries of Western Europe and North America; indeed some even speak of impending global depression.This crisis is far from over, yet it is already rich with ironies. Three stand out:

• Only days ago, Stanley Fischer, the First Deputy Managing Director of the International Monetary Fund, attacked billionaire financier George Soros for causing panic when he called for the devaluation of the Russian ruble. How strange to hear a senior IMF official echoing the sentiments of the belligerently anti-Western Prime Minister of Malaysia, Dr. Mahathir Mohammad. When Mahathir himself attacked Soros last year, he was condemned by Western commentators for scapegoating speculators and Western-style capitalism instead of focusing on economic mismanagement closer to home.

• Since August 14, the Hong Kong government has spent billions of dollars buying stocks on the Hong Kong stock exchange. Today, the government of this bastion of free enterprise owns about six percent of the stock market’s entire value. Moreover, it is proposing curbs on stock and futures trading. When Mahathir introduced similar curbs last year in Malaysia, he was once again roundly criticized.

• The non-convertibility of the Chinese currency, the yuan, is now a critical bulwark against a deepening of the crisis. The country’s policy of insulating its economy from global capitalist pressures is thus helping to protect the capitalist system from itself.

These developments are not only ironic, they are also instructive. They reveal internal contradictions in the standard economic analysis that guides policymakers’ responses to the crisis.

Briefly, the standard analysis runs as follows. The boom cycle of the early ’90s in the East Asian economies was powered by cheap labour, government commitments to export-industries, close cooperation between government and business leaders, and liberal lending by domestic and foreign banks. All these factors generated strong optimism among investors about prospects for economic growth. But the pendulum swung too far. Many of these Asian economies had weak institutions, especially those governing the banking sector. As a result, lenders opened the spigots too widely, cooperation between government and industry became collusion and corruption, and optimism became unbridled greed. Once a series of relatively small events — such as the baht devaluation — revealed the deep weaknesses of these economies, panic ensued. Foreign lenders and investors fled, contributing to a credit squeeze that choked off growth.

Such explanations are fine to a point, but they miss many things. First, they suggest that North American and European investors are largely blameless in the creation of this crisis or even that they are victims of developing country profligacy. Thus, for example, a recent Globe and Mail editorial argued that Aeven provident members of the world community pay the price for their wayward neighbours.” Second, they imply that economic analysis alone gives us an adequate grasp of key social processes. Economic factors are assumed to trump all others in the shaping of our societies’ destinies. Finally and most importantly, these explanations are, at base, mechanistic.

What do we mean by mechanistic? Conventional economic analysis assumes that economies work much like clocks: they are finely crafted machines that exhibit clear cause and effect relations among their parts. In such machines, the twist of a screw here or the turn of a nut there, whether an increase in interest rates or a cut in government spending, produces predictable and easily calibrated results.

Reality, as the current crisis shows, is much more complex and not machine-like at all. The global economic system now resembles — rather than the closed and predictable mechanism of a clock — something closer to the open and chaotic system of the weather. In the world of international finance and trade, modern computer and communication technologies have sharply compressed time and space, and they have boosted traders’ ability to move vast amounts of capital instantaneously. Market-relevant information, both fact and rumour, also moves at the touch of a button. These changes have produced market forces far stronger than any single government.

Researchers in the of field of “complexity theory” are developing new ways of thinking about such phenomena. They have found that economies, ecologies, and the Earth’s weather have certain common features. For instance, in complex systems a small event like the baht devaluation can trigger an avalanche of consequences that is both entirely unpredictable and far larger than the original event. As these consequences cascade into one another — as, for example, one Southeast Asian economic collapse precipitates another — people trying to steer the system have little opportunity for analysis, reflection, or intervention. Key components of complex systems are often tightly “coupled” or bound together. In today’s global economy, this means that no single actor, or group of actors, can be held either entirely blameless or entirely responsible for the current debacle. Just as the Russian, Japanese, and Indonesian governments are guilty of poor economic management, so are German, British, and American banks guilty of too-liberal lending.

Complex systems can behave one way for a long time, and then, quite unlike clocks, suddenly cross a threshold and start behaving entirely differently. In East Asia, we see that a self-reinforcing cycle of investment, profit, consumption, and more investment has suddenly flipped to a negative cycle of falling investment, failing banks, and crashing consumer demand.

Lastly, complex systems are invariably composed of many separate sub-systems. There is therefore more to the current crisis than solely economics. Today, the world’s, economic, political, and even ecological sub-systems are tightly interlinked. Yet standard economic analysis has little to say about the political gridlock in Japan, Russia, and the United States that is powerfully contributing to inaction, even paralysis, on the economic front in these countries. Standard analysis has even less to say about the ecological disasters — from last year’s wildfires in Indonesia to the recent flooding in China — that exacerbate economic problems. China’s flooding alone may knock several percentage points off the country’s growth this year, which could tip the balance against its struggle to maintain the value of the yuan.

Policy responses to the current global crisis are grounded in a standard interpretation of how economies work. But the standard interpretation cannot adequately explain some of the events we see in the world today. In addition, this interpretation produces the kinds of policy inconsistency we highlighted at the beginning of this article. National governments and international agencies like the IMF are sending contradictory signals — by, for example, praising the salutary effects of free markets, on the one hand, and then condemning the activities of speculators on the other. These inadequacies and inconsistencies not only make it difficult to resolve the crisis but may, in fact, lead us deeper into it.

Theories about the behavior of complex systems are still in their infancy, but researchers around the world are pushing back our frontiers of understanding. A better understanding of today’s complex and interlinked global systems cannot arrive too soon.