The False Promise of Climate Adaptation 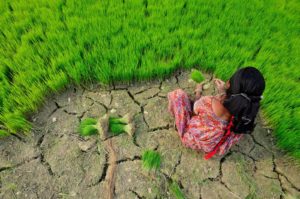 As the world warms, adaptation becomes a fool’s paradise

Climate skeptics may not be out for the count, but they’re definitely on the ropes. As Earth’s atmosphere warms and severe droughts, storms, and wildfires sweep the planet, those arguing that climate change isn’t a grave danger have had to bob and weave to stay on their feet.

Only a couple of years ago, some mainstream skeptics were still saying that the planet hadn’t warmed since the late 1990s, or that carbon dioxide wasn’t the main cause of any warming actually observed. They could be heard asserting that climate change was a scam concocted by a cabal of corrupt scientists to generate grant money and that attempts to introduce carbon pricing were a plot by closet socialists to expropriate people’s wealth and extend government’s reach.

Now just people on the fringes openly espouse such views; they’re seen as slightly batty, like birthers, truthers, and anti-vaxxers. Scientific evidence from around the world has been accumulating relentlessly, and this evidence points to a clear conclusion: climate change is real, humans are causing it, and it’s an enormous threat.In response, the skeptics have fallen back to another argument, which goes like this: Despite nearly 30 years of climate policies and gabfests, the world’s carbon emissions are still soaring. This trend won’t stop for decades, because global energy systems can’t be changed fast. If we do try to cut emissions sharply, they say, the result will be economic calamity. In any case, warming’s impacts won’t be nearly as serious as alarmists suggest. So the sensible plan is to adapt.

This argument starts with a truth, adds a dose of fatalism and two falsehoods, and then mixes in wishful thinking to produce an utterly misguided and shortsighted conclusion.

It’s true that efforts to cut carbon emissions have failed dismally. There’s now virtually no chance that warming will be capped at two degrees Celsius, which is the aspirational target of climate negotiators. We’re currently heading for three degrees of warming and quite possibly four or more.

But it’s false that modern energy systems can’t change fast or that pursuing such change will cause calamity. Skeptics making these claims often cite the work of scholars like Vaclav Smil at the University of Manitoba and organizations like the International Energy Agency (IEA) in Paris. Yet Mr. Smil’s conclusion that past energy transitions took many decades need not apply in the 21st century, when new technologies can be invented and deployed faster than ever. And even in the past, big shifts in key technologies sometimes happened quickly, as when city transportation flipped from horses to cars.

As for the IEA, over the years the organization has produced a litany of wildly wrong predictions of future energy demand, supply mix, and technology costs. It completely missed, for example, the recent dramatic drop in the price of solar photovoltaic power.

In Canada and across much of the world, we haven’t cut emissions significantly mainly because politically powerful interest groups, especially carbon-intensive industries, have been ferociously opposed. A rapid shift from fossil fuels will indeed hurt those industries – a lot. But many detailed economic studies show that steep emission cuts needn’t lead to broad calamity; in fact, over time they could stimulate new growth.

Which brings us to the skeptics’ wishful thinking: They say that since we can’t cut emissions, and since environmentalists have exaggerated warming’s dangers, we should simply accept that warming is inevitable and adapt to it. In Canada, this means investing in bigger storm sewers, higher coastal barriers, drought-resistant crops, and better forest-fire management. With a little tweaking at the edges, we’ll all be fine.

The skeptics are betting that thousands of climate scientists are largely wrong. These scientists are saying that without deep emission cuts soon, warming will in time very likely overwhelm humanity’s best efforts to adapt, even in Canada. At three or more degrees, which some studies show we could reach by the second half of this century, storms will flood vital coastlines and ports, drought will cripple key food-producing regions, some major cities will run out of water, and hundreds of millions of people will be on the move. Nations will be at each other’s throats. In this world, my kids and your kids won’t be fine at all.

Yes, we must adapt. Severe warming is already in the pipeline, so we must prepare as best we can. We might buy ourselves a few decades to make real progress on emission cuts. But let’s not use the false promise of adaptation to avoid those cuts. That will just punt warming’s biggest dangers to our kids.

Read Article in Globe and Mail