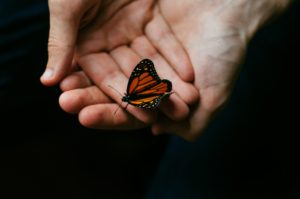 One small event – almost a non-event, really – happened over the past two months: the southward migration of monarch butterflies in eastern North America. This year’s monarch count was about twice last year’s count, but then last year was a disaster.

The migration might recover, but it’s also very possible that it won’t. The density of adults along the route is now probably too low to sustain reproduction.

The monarch is an iconic species, so its troubles receive some media coverage. The drop in bee populations also sometimes makes news, because people worry about crop pollination. But most North Americans now live in cities and don’t interact much with nature. So they aren’t aware that in large parts of the continent, populations of amphibians, bats, swallows and moose are plummeting, too. Off the west coast, oysters and starfish are dying in huge numbers, while the corpses of hundreds of dolphins are washing ashore on the east coast.

The reasons are often unclear. But whether we’re talking about monarchs, bats or starfish, three key lessons stand out – lessons that apply to many of humanity’s problems.

The first is that an increasing proportion of these problems have multiple causes that combine synergistically – that is, their causes don’t add together but instead multiply each other’s impacts. For monarchs, the causal mix includes loss of wintering range in Mexico, extreme weather due to climate change, farmers’ use of pesticides and U.S. federal ethanol policy, which has driven growth in corn acreage and loss of milkweed along the migration route. Multiple, synergistic causation lies behind problems as diverse as the rise of the Islamic State in the Middle East and the Ebola epidemic in West Africa.

The result, when it comes to finding a solution, is multidirectional finger pointing. The farmers can blame the Mexicans, the Mexicans can blame the U.S. government and everyone can blame climate change. In a world of multiple causes, it’s hard to hold anyone responsible. It’s always the other guy’s actions.

The monarchs’ second lesson is that ecological and other complex systems can abruptly flip from one state to another. A system might appear to be chugging along normally one day and then, bang, it shifts to an entirely different behaviour the next. Remember the collapse of the east coast cod fishery, or the world economy’s sudden flip in 2008 from an inflationary state to one that barely skirts deflation.

In everyday conversation, we call these shifts tipping points. Generally, they become more likely as a system’s parts become more connected together. That’s partly why the world economy is becoming more prone to major crises, as globalization increasingly couples together national economies and financial systems.

The third lesson is that once a system shifts to a new state – once the monarch migration collapses, for instance – it’s usually very difficult, even impossible, to tip the system back to its earlier state. The system fundamentally reconfigures itself, and the new arrangement can be very stable. Two decades years later, we’re still waiting for the cod to return, and since 2008, the global economy seems to have become permanently stuck in low gear.

Around the world, national institutions and political systems are designed to deal with single-cause problems and incremental and reversible change. But the world ain’t like that any more. Take a problem like climate change. Its causes are many and tangled; the climate system has flipped from one state to another in the past, and could do so again under human pressure; and once it flips, we won’t be able to get the old climate back.