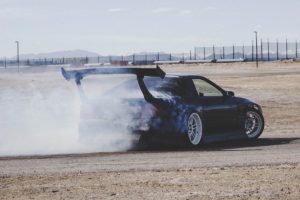 U.S. President Donald Trump loves to play chicken – the game of chicken, that is. And while his predilection toward the game is bad enough, it also turns out that he plays it badly, and that’s truly scary.

In the classic representation of the game, two teenagers in fast cars race toward each other on a long straight road, each straddling the centre line. If only one swerves to avoid a crash, the other gets bragging rights for having guts, while the driver who swerved is labelled a wimp. If both swerve, neither has bragging rights, but each lives to tell the tale. But if neither driver swerves, both die in a head-on crash, and each looks, frankly, pretty stupid.

Theorists of conflict and negotiation find the game fascinating, because it models a particular approach to negotiation – one in which each party is locked into a logic of escalation that risks calamity for both. But threatening escalation to calamity is usually a horrible bargaining strategy. For one thing, it takes all possible win-win outcomes off the table (if both drivers swerve, neither really wins). Also, in any bargaining process that continues over time, a game-of-chicken approach by one party almost always makes the other party angry and recalcitrant, because they’re forced to choose between humiliation and annihilation.

But some people tend to approach all negotiations this way, especially those who want to demonstrate their dominance over others and who don’t have the motivation or ability to get into the nitty-gritty details of the bargaining process. Anyone come to mind?

There’s a way to sharply raise the probability you’ll win at chicken. The great theorist of nuclear war, Herman Kahn, outlined it in a wonderful passage in his 1965 book On Escalation: Metaphors and Scenarios.

“The ‘skillful’ player may get into the car quite drunk, throwing whisky bottles out the window to make it clear to everybody just how drunk he is. He wears very dark glasses so that it is obvious that he cannot see much, if anything. As soon as the car reaches high speed, he takes the steering wheel and throws it out the window.”

But success with such tactics, Mr. Kahn notes, depends on two conditions: the other party must be watching, and they mustn’t throw their own wheel out the window at the same time.

Mr. Trump built his public brand around his deal-making abilities. We’ve now had three months to observe his approach to bargaining – over Obamacare’s repeal, with Russia over Syria, with North Korea over its nukes and recently with Congress when he tied financing the Mexican border wall to ongoing government funding. It turns out he’s a terrible negotiator.

In each case, he’s revved his engine, smoked his tires on the pavement and roared at high speed down the centre line toward his opponent. In the two cases where a crash has become imminent – Obamacare and the wall, both domestic – he’s swerved at the last moment, because he’s recognized the staggering political cost of a crash. There’s no doubt that both Russia and North Korea have watched these domestic melodramas and are now tempted to regard Mr. Trump as a blowhard and a wimp.

And that’s the problem with having a reputation for using an escalatory strategy in bargaining: to sustain your credibility with the strategy, sometimes you can’t swerve. Sometimes you simply must go straight down that centre line while throwing the steering wheel out the window.

Mr. Trump and his advisers know it’s true. So, at some point the President will have to re-establish his alpha-gorilla credibility at the expense of a bargaining counterparty. That counterparty will likely be another country, because Mr. Trump has his greatest latitude for independent action on the international stage. If he chooses North Korea, a regime led by a dictator who seems quite ready to risk it all, woe awaits the world.

But he could choose Canada. Mr. Trump is now clearly gearing up for a fight over trade. Smoke is pouring out from his wheel wells. “Canada’s been very rough on the United States,” he said on Tuesday. “They’ve outsmarted our politicians for many years.” He’s slapped duties on our softwood lumber and reportedly prepared an executive order to start the process of U.S. withdrawal from NAFTA. He seems to have backed off on issuing the order, but these are still explicitly escalatory moves.

We might want to start looking for the bolts on our steering wheel. Because to win in a game of chicken, you’ve got to throw yours out first.