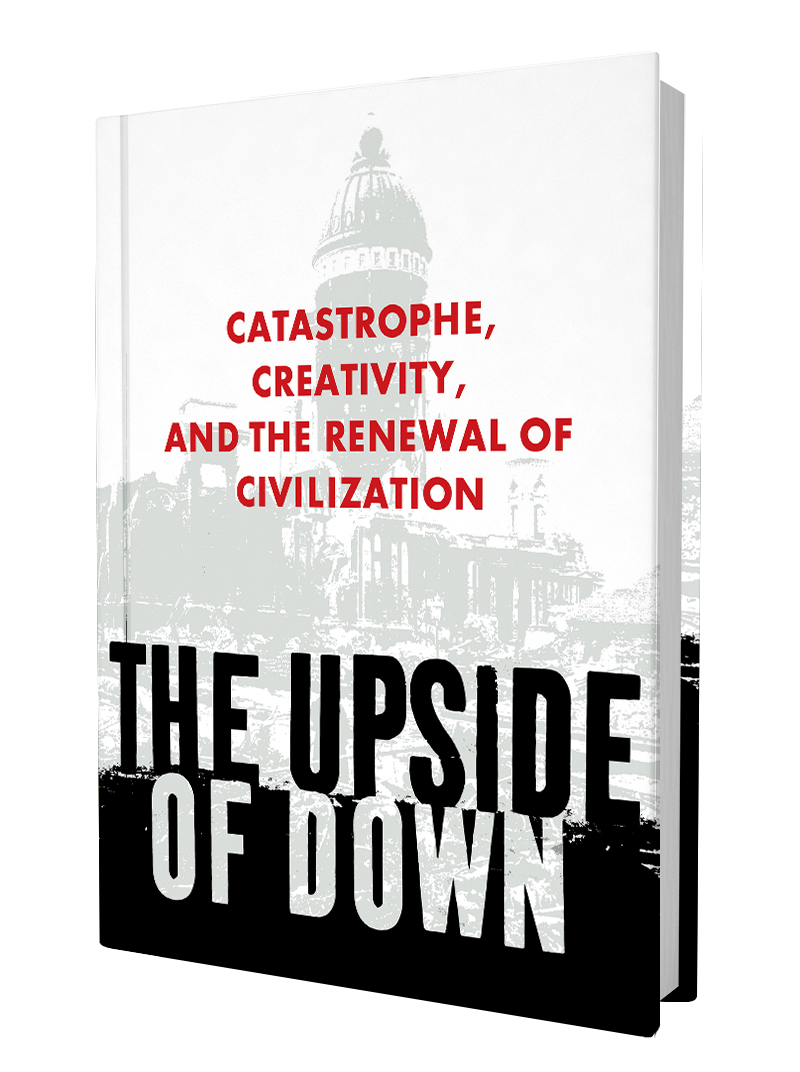 Learn more about Thomas Homer-Dixon’s book, The Upside of Down

How Western Civilization Could Collapse

by Rachel Nuwer | The political economist Benjamin Friedman once compared modern Western society to a stable bicycle whose wheels are kept spinning by economic growth. Should that forward-propelling motion slow or cease, the pillars that define our society would begin to teeter.

World leaders finally seem to be waking up to the gravity of the Ebola threat. Like the rest of us, they’ve been distracted by the Islamic State’s rampage in Syria and Iraq, the Ukrainian crisis, and even the mini-drama of the Scottish independence referendum.

Complexity science isn’t a fad. I will offer a brief survey of some core concepts and ideas, and I will make a strong case that . . . they can help us develop new strategies for generating solutions and prospering in this world.

We need to start thinking about the world in a new way, because in some fundamental and essential respects our world has changed its character. We need to shift from seeing the world as composed largely of simple machines to seeing it as composed mainly of complex systems.

When Wise Words Are Not Enough

In two books that offer erudite assessments of the dangers facing humankind this century, Vaclav Smil and Chris Patten address these matters in sharply different ways.

What causes societies to collapse, and are our modern societies at risk of collapse themselves?

Caught Up in Our Own Connections

But perhaps the most important factor contributing to our continuing vulnerability is something that we rarely recognize and that’s even harder to change: a belief that greater connectivity and speed in all aspects of society are always good things.

Response to comment: “If there’s another major attack, people will leave the city in droves.”

The Matrix of Our Troubles

with Sarah Wolfe | One could draw a parallel between the sight of thousands walking north on Yonge Street and the mass exodus of people on foot from lower Manhattan two years ago. But yesterday’s electrical failure did not claim thousands of lives, nor will it trigger a cascade of events leading to war. Nevertheless, what we saw in Toronto was poignant for what it represented: a people too interlocked with their technical choices, too resolute on efficiency gains, and too dependent on progress. Last Thursday’s blackout should be a powerful catalyst for change.

We Need a Forest of Tongues

Recently, the writer Ken Wiwa argued in this space that we shouldn’t worry too much about the loss of the world’s linguistic diversity. A recent study by the Worldwatch Institute, he reported, reported that half the world’s languages may soon disappear; especially vulnerable are those indigenous tongues spoken by only a few thousand people. This prospect has raised widespread alarm, because it’s generally thought that language and culture are closely related. So, when we lose a language, it’s assumed, we lose the associated culture.

with Robin Bienenstock | The current crisis in international markets highlights inadequacies in the way economists and other analysts think about the global economy.